Massive cliffs encircle the city, where a green river winds amongst the shimmering sun-drenched golden buildings far below. Over a bridge created long ago with Romanesque huge arches, a colorful train speeds along, looking as tiny as a model railway. I climb on the remains of the historic fortress perched on the massive Bock—a rocky cliff—and look down over 200 feet into nowhere. "Come on, let’s take a Sarah-Photo," my boyfriend says. A Sarah-Photo is a photo of me standing precariously somewhere between an abyss and purgatory, my arms extended up and out as I grin like a pumpkin-seeded bun. I sit waiting on the edge of the historic wall and uncharacteristically do as I have been told. While my boyfriend gets his phone ready for the photo, an older lady comes by and almost has a heart attack when she sees me up there.

We are in Luxembourg. More specifically, in Luxembourg City. The capital of the country has exactly the same name as the country itself. Perhaps their creativity fell into the deep ravine. We are just on a short trip for a few days and it's just a tiny country. But we had to get away from the corona shit in Germany for a while. We chose Luxembourg because it was currently uncomplicated to get there from Germany, and to get back again, when you travel by car. We almost didn't get into the city anyway and we found that you really miss something if you try to just blow off Luxembourg as a small, lame country. I now tell you all about that here.

The search for the Entrance in the Rock

“Oh no!” shouts my boyfriend in horror. “You just ruined my map!”

“No,” I reply. “I just changed it so I could understand it.”

Luxembourg City is built on two levels, with huge rock cliffs, 200 feet high, separating the two areas. The cracks in the rock have been replaced with stone masonry by both the Romans, and then the Luxembourg royalty, making them look even more formidable. Apparently, their efforts were very successful, as we have spent over 15 minutes trying to figure out how to invade one side from the other. For tourist reasons. Without success.

“We have to get up the stairs,” I explain as I point vaguely toward the rock edifice.

We both laugh. We have had this discussion many times before.

After several attempts, we finally make it through a large, arched entrance onto a cobblestone street, which my best friend would probably have called "quite pebbly". There is no question: Luxembourg City is best explored on foot. But only in proper walking shoes.

We walk along the rock face—this this time from the inside of the old city—and we ramble over several stepped terraces, down to the Alzette river, which flows along the historic house fronts like a Venetian canal. We amble over small bridges constructed of yellow stone as we walk past a large market square toward St. John's Church, which from above looked like a landscape decorated in a Lionel HO train set. In general, the whole city looks like the backdrop for a Casey Jones story. Our medieval path takes us everywhere. We go down and up again, under archways and along high viaducts, along splashing water to a bakery in a slightly crooked house made of exposed dark-brown wooden beams between white plaster.

In Luxembourg City, we found that I can destroy as many maps on the phone as I want, because the best way to explore the city is to simply be curious and just wander around without a set plan.

"Why is the next overlook only two hundred yards away?" wonders my boyfriend, who has since restored and re-northed his map. For him as an American, it is incomprehensible that a capital city can be so small. That you can go everywhere in just a few minutes on foot. For me, it is incomprehensible that such a small town can be so winding and exciting that even after four hours, several miles of altitude change, and an annoying ache in the left knee, I have not yet seen everything.

Luxembourg at night without pizza but with photos

After we have recovered in our hotel just outside the city, and I have studied the photos of the day on my camera, we make our way back to the Upper Town again to find a pizza. Restaurants and cafes have only take-out because of Corona, and the pizza will probably be lukewarm when we eat it at the hotel, but when you are on a wonderful journey with a wonderful person, it doesn’t matter. By the way, if you come to Luxembourg City by car, you can park your donkey cart cheaply in the Glacis car park. Costs only one euro per hour until 6 p.m. and then it is free until the next morning.

Unfortunately, as I am looking for a restaurant in the beautifully lit old town, I find the spectacular Notre Dame of Luxembourg, and I suffer from an acute photo attack. My boyfriend can only save me by a hair’s breadth by grabbing me as I stand in a narrow alley in front of a rushing car, insisting that the long time-exposure is not yet finished. We then dare a night view of the lower town from the precipice, and we look at the valley 200 feet below. Finally, we drive to a pizzeria, because we now are as hungry as a bear awakening from hibernation and we don't want to explore anymore. At the hotel we munch on the—of course—lukewarm pizza. "I always thought Luxembourg was just one of those little L-Countries that you have here in Europe," says my boyfriend. "But after today, I'm really impressed." 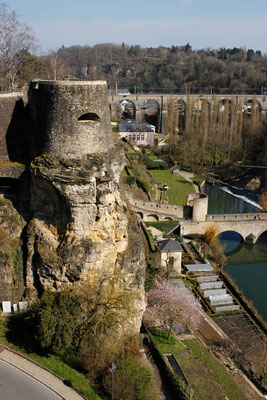 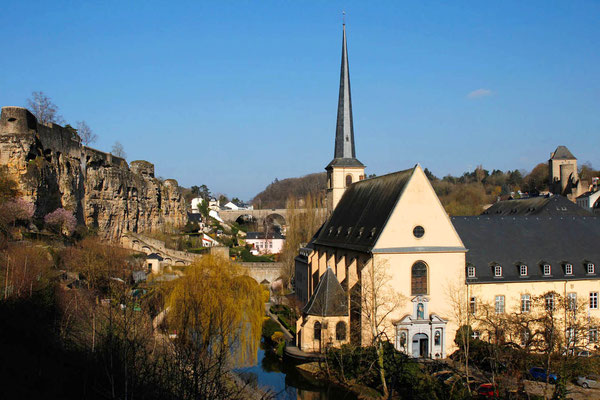 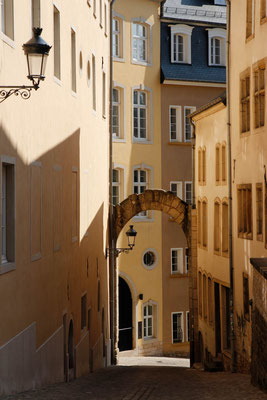 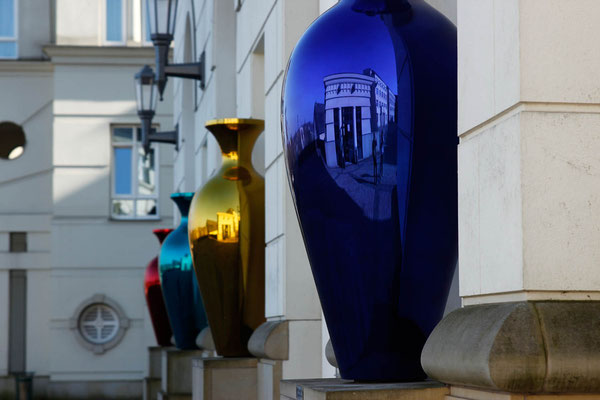