San Francisco: With Flowers in my Hair.

The orange street car was passing the purple house by ringing a light bell. From the front of the house flags with rainbow colors were waving in the breeze. It smelled a little like ocean mixed with weed. At the bus stop on the other side of the street the face of Janis Joplin was smiling from a poster. It’s 2017. 50 years after the “Summer of Love”. I put on my headphones and turned up the sound of Jimi Hendrix. Then I just got lost between gleaming skyscrapers and old, colorful Victorian houses while the cars on the steep streets seem to fall apart.

On my way from Los Angeles to San Francisco unfortunately some annoying things happened. I forgot all my jackets in LA and discovered a spike in my tire. It had already lost lots of air before I checked out what was going on. Moreover, I had to leave all the lovely people behind in LA. Of course also a huge part of Highway 1 was closed because a ton of rocks came down some weeks ago. So I had to take a very exciting detour through endless brown hills on the 101.

My mood was in between freaking out and crying for some days. “You have to dress in layers”, a local told me. “Because of the climate at the coast”. I nodded and thought about the three t-shirts that I was already wearing because I had nothing else but a winter coat. And that might have been a little bit overdressed.

But when I came into San Francisco my tire was fixed without any trouble and my jackets were sent to my new airbnb. Furthermore, I moved into a pretty nice Victorian house in Oakland with awesome bamboo and palms in front of my window. It was like settling down in an oasis. Great!

So next day I started to battle the public transport system of San Francisco. Jesus! They have cable cars, street cars, buses, subways, trains and special shuttles. Most of them are run by different companies and are expensive as hell. New York is a cheap warehouse compared to San Francisco. But the streets are so steep that it is impossible to walk there more than half a mile without carrying an oxygen tent.
By the way: It’s the law that you have to curb your tires when parking in the streets of San Francisco so the car can not roll away when the hand brake doesn’t work.

Finally, I reached Golden Gate Bridge. The brown sand under my feet was hot and the blue water was cold as ice. Huge waves were crashing against the shore. The Golden Gate Bridge celebrates its 80th anniversary this year. More than 120,000 cars are passing the bridge daily. And did you know: The well-known color of the bridge was something like an accident: It was just the paint they used for rust prevention. The Golden Gate Brides is winding across the San Francisco Bay in an incredibly impressive way. By standing on the asphalt you can right feel how it swings to resist strong winds and even earthquakes. As the Golden Gate Bridge was on my bucket list, this moment was very special to me.

The next day I went to Haight-Ashbury. This area is very well-known for the Hippie age in the 60s and especially for the “Summer of Love” in 1967. It was an outstanding place for me because I identify myself a lot with the music and the social movement of that time. You could still find lots of shops with vintage clothing and some curious psychedelic stuff. I figured out where Jimi Hendrix has lived. And the house looked completely unspectacular. But the Victorian architecture with its colorful fronts and nice jutties was simply amazing.

The Spirit of San Francisco

It’s not just Haight-Ashbury what seems to be mixed-up and open-minded. It’s the whole city. You can find peace-symbols as well as “gay pride” or “no matter where you are from we’re glad you’re our neighbor” slogans. I simply loved it. Just get rid of prejudices and old-fashioned opinions.

And by that San Francisco gave me back my passion for writing. Not just writing the blog but writing novels. I did that years ago but then I went to University and afterwards I spent lots of time at work (of course I had to because I was saving for this trip). I nearly forgot about writing stories and inventing characters. But now I’m sitting here every evening in front of my window with the huge bamboo and the sun going down. Writing. By listening to Jefferson Airplane or Neil Young and Leonard Cohen. I just realized that I stopped just traveling this country like a tourist and started to live here instead. With flowers in my hair and music in my heart. 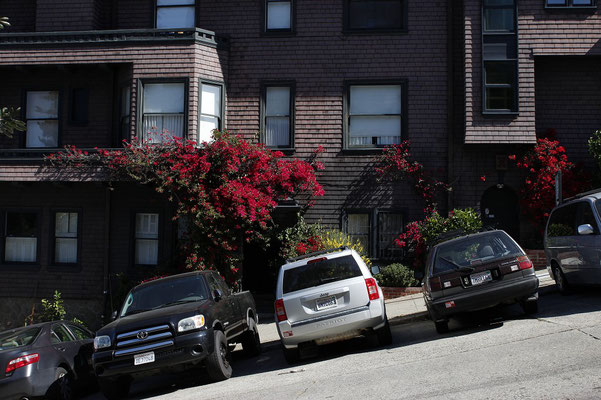 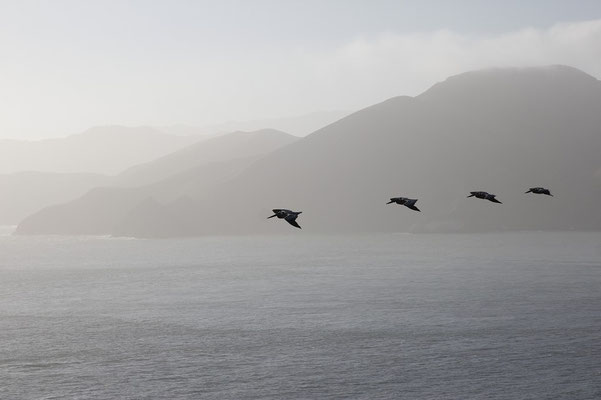 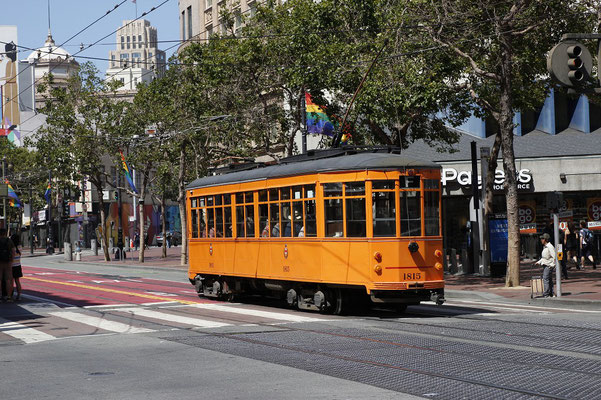 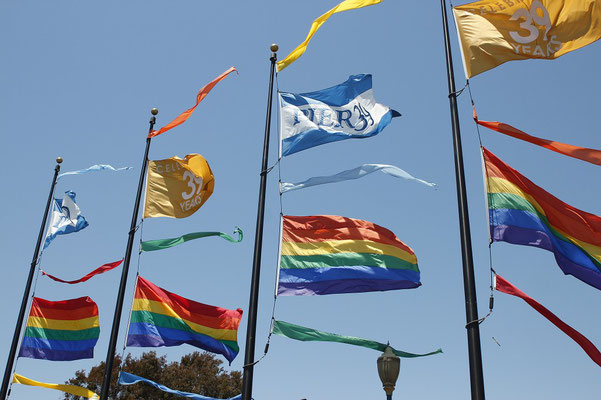