By entering the New York Public Library I felt like I had entered Hogwarts. Warm candlelight all around, huge stairs and marble arches. Founded in 1895 the library actually contains round about 15 Million items like books and DVD.

But where are all those books? I can’t see many of them. That’s because they’re stored underground! In front of the building you will find the Bryant Park and most of the books are stored in a huge archive under the park. Incredible. If you like to borrow a book you have to give a number to the staff and then the book will be lifted up. This can take about 50 minutes.
The library has lots of different rooms with an unique design. Every room is majestic and painted with impressive pictures like clouds, architecture or stories from the Bible. You can find a special library for children, for maps from all over the world and a research room as huge as a football field.
There are free tours available at the Public Library. Take the chance and take part in it! The ladies are super kind and have lots of facts and funny stories in store for you.
The New York Public Library, 476 5th Ave, New York, Metro: 42th St/Bryant Park, 7, M, B, D, F, free entrance and free public tours available

Why am I here and what am I Looking for?

You can see Lady Liberty from the Battery Park. But from there she seems to be rather small. So don’t miss out a tour with the Statue Ferry to visit Liberty Island. It will pay off! When I took the ferry the wind was cold as ice and waves were crashing against the boat. By entering Liberty Island you are able to take an audio guide. It tells you a lot about the history, meaning and the architects of the statue. The Lady is hollow inside and looks like the Eiffel Tower. It’s only covered by a very thin layer of copper. If you want to climb up Lady Liberty, you do need special crown tickets. You need to reserve them online. Usually they're sold out for weeks! So better hurry up before your vacation.

But the most impressive thing is her expression. You need to look her in the face to feel the whole power and strength. She symbolizes a lot of things like freedom, democracy and resisting power. Imagine all the immigrants coming here between 1892 and 1954 seeing Lady Liberty after a long and dangerous trip across the ocean. Remember 9/11 when Lady Liberty stood tall in the smoke and mess. Then the voice from the audio guide asked me about my personal reasons for coming here. Well. I realized that I'd also come here because I was also looking for something. Looking for my dream. I faced her and she looked back saying: Stay strong, never give up, if you can dream it, you can do it. What a wonderful moment.

Afterwards I went on to Ellis Island. It’s the island where all the immigrants arrived between 1892 and 1954. You can take the ferry from Liberty Island to Ellis Island whenever you want. It’s all up to you and included in the tour. The historical red buildings are very impressive and when you enter them you will stand immediately in front of some old luggage. You can hear, smell and taste the history. It’s overwhelming. It feels like all those people are still there telling their stories. There are lots of exhibitions inside. Some of them are based on the offices the immigrants had to pass. There are lots of photographs, original items and quotes. Goose skin is coming up.
It's absolutely too much to see for one day - so get up early in the morning and set priorities if you come here.
By the way: 98 percent of 12 Million immigrants were let in nearly immediately. Only 2 percent failed. They were Germans, Irishman, Jews, Japanese, Norseman and other nations from all over the world. So what has happened to that kind of America today, Mr. Trump …? 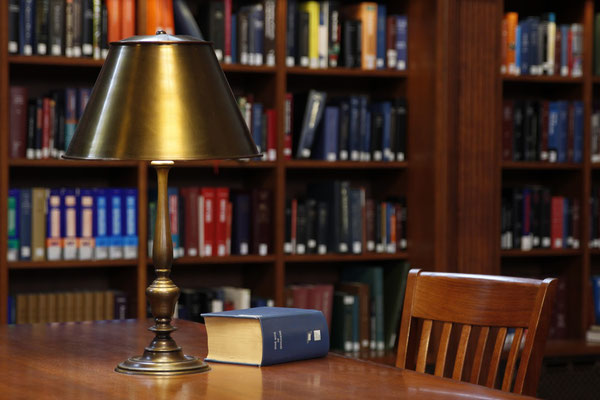 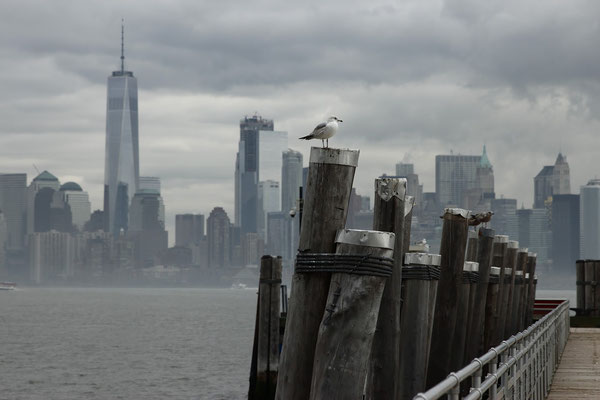 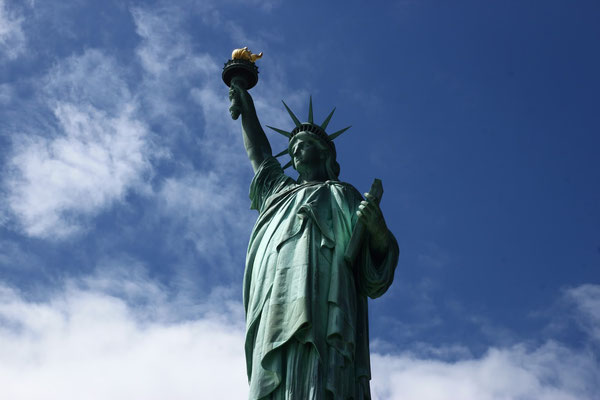 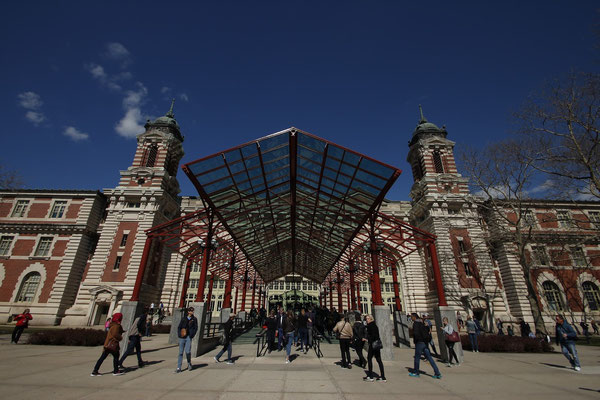