“First, we can walk to the upper viewing platform of the falls, then to the lower one and then we can even hike further along the river!” I declare while waving my phone wildly in the air with the offline map showing. My boyfriend had just parked carefully on a thick patch of ice.

Something that should have alerted me.

But it did not because I tend to walk straight forward into trouble when I am traveling.

As we try to start hiking from the parking lot, we realize that we cannot really find the trail. “But it is supposed to be right here,” I say, pointing at the dotted line on my phone. But the real-life path to Iceland’s Dettifoss Waterfalls is covered under a humongous layer of snow and ice and is pretty much invisible. Nevertheless, we decide to follow some other crazy hikers and make our way to the falls anyway. After only a few feet we realize that the other crazy hikers are wearing crampons. We are not. Well, if walking into trouble, then walk like a noob.

This is the third and last part of my travel report about our road trip through Iceland while we follow the Ring Road in the northern part of the island. Find out how we successfully got to the bottom of an icy hill without proper footwear, where we spotted old guys with bald heads swimming in the Arctic Ocean, how we camped out in a trailer on a sheep farm and where a humpback whale waved at us.

Dettifoss – where you freeze your butt while hiking

I stare nervously at my winter boots with their slippery bottoms. Then I glance down the slick, ice-covered hill. Then I glance over to the young couple that just stomped past us with crampons attached to their shoes, confidently approaching the Dettfoss Falls as if they were on a Sunday afternoon stroll.

This is Iceland’s north at the end of March. Icy. Much different from the green (but also rainy) southern portion of the country we traveled during the first week of our trip. Although neither our hike nor our gear looks especially promising for this trail, there is no way we will simply turn around and go back to the car!

“What are you thinking about?” asks my boyfriend.

“I just stopped thinking,” I reply. “I am simply going to slide the hill down. On my butt.”

Of course, there is the possibility that I look as funny as those penguins who lay down on their bellies and slide through the snow. But who cares? It works! My boyfriend is excited and follows me in the same manner. While we slide down, I hear a woman say: “Look at that, what a great idea!”

Cool beans, we have set an example! Not half-hearted but with all our butts.

The rest of the “trail” is almost not worth mentioning. But the view at the end is. Dettifoss Falls is the second most powerful waterfall in Europe, right after the Rhine Fall in Switzerland. It is 330 feet wide and 130 feet tall. 51,000 gallons of water thunder down into a rocky gorge. Every second. The mist coming up from this powerful downpour added the cold temperatures creates a glossy, thick layer of ice around every single blade of grass around the viewing platform. Ghostly! Like porcelain!

And for the insatiably curious: Surprise! You cannot slide back up a hill. But now there is a silly video of me, creeping up on my hands and knees…okay, let’s move on.

Hvítserkur Rock: A petrified troll and a bay full of seals

A few days later we arrive at the northernmost point of our Iceland road trip, at Hvítserkur Rock. For the whole trip we had rented a tiny Toyota Aygo and had no problems. You can drive the whole Ring Road and reach all famous sights along it and even drive along some of the smaller roads (but no F-Roads!) without a 4x4 or an SUV at the end of March!

According to legend, Hvítserkur Rock is a petrified troll. My guess is that he probably posted too much crap on the internet and as punishment, he is now stuck forever motionless in the Arctic Sea. Too bad that this does not happen to every “troll” that wanders into the online and offline worlds.

The rugged, black basalt rock is sprinkled with white dots. Probably a geologic wonder of some kind, I am thinking.

But as we take a closer look, the white dots turn into seagull poop. Tons of seagull poop. Well then, maybe I won’t zoom in too much with my lens.

At high tide, Hvítserkur Rock is completely surrounded by water. At low tide you can walk up to it. It is high tide when we arrive. Nonetheless, we walk down to the shore. As we stroll along the black volcanic beach towards the rock, I spot heads in the ice-cold water! As I try to take a closer look, I see the bald head of an old guy disappearing into the dark sea. Crazy! Those Icelandic citizens are simply crazy!

Suddenly something is snuffling near us. In the water. We stop. And stare into the black, round eyes of…a seal. Then another seal appears. And another one.

It is amazing to see how close they come to us and how many of them that are there. Some of them actually seem to smile. What an experience!

There are lots of rocks on and around Iceland. But one has turned into an iconic landmark. Not only because it was a backdrop for the TV series, “Game of Thrones,” but also because of its special, slightly tilted shape. Kirkjufell Mountain.

It is a true postcard scene, especially with its picturesque waterfalls in the foreground. While the Icelanders tend to call their high spots “mountains,” my boyfriend likes to call them “hills.” But he lives in the Rocky Mountains. I, as a Flatlander German, am secretly siding with the Icelandic folks.

Kirkjufell Mountain looks like a green cupcake that someone accidentally dropped and picked up again. But everything about its beauty is real. Iceland is where photoshop pales because reality is so fabulous.

After we visited Kirkjufell, we brave the rain in order to explore a tough, muddy, snowy hiking trail that leads us to the nearby Eldborg Crater. It is one of the most stunning volcanic craters I have ever seen. Very deep, very rugged, because it is still so young and minimally eroded, a little red, a little purple, and simply mind-blowing. Do not miss it during your Iceland trip!

Later, we return to a very special Airbnb that we rent for a couple of days: The travel trailer of Maria and Sigursteinn. When this cute, 60-year-old-ish couple has time, they travel through their country in it. When they don’t have time, they park it on their property and rent it out to other travelers. It is well insulated for winter camping and is quite warm.

After I tried Maria’s home-made berry tea and she showed us around her interesting sheep farm, we retreat into the cozy camper to cook some pesto pasta. Yum!

We can hear the rain drumming on the roof as darkness begins to fall. Which also means: No Northern Lights tonight. Again. (Spoiler: We did not see any Northern Lights on our whole two-week trip throughout March and April because it was either overcast or the lights had not been active – bummer!)

So instead of gazing into the sky, we relax in a geothermal outdoor hot tub after dark. The cold air, the rain, and the hot water are an incredibly wonderful combination. Almost like waffles with vanilla ice cream and hot cherries.

So how can you accidentally watch whales? Well, maybe when you walk along the shore and simply see them. Or maybe because somebody gets our flight dates mixed up. And we don’t discover it until we are at the airport at 5 a.m. when the airline agents cannot find our names on the passenger list. At least not on today’s passenger list. Maybe they find it on tomorrow’s passenger list instead. Just maybe.

“Oops,” my boyfriend kind of whispers with a guilty smile on his face. Well, it seems like we unexpectedly have one more day in Iceland. Could be worse.

As we later stroll through Reykjavik, I remember that my boyfriend once mentioned that he wants to go whale watching sometime during his life. So, I suggest that we walk to the harbor and ask.

“You are lucky, some whales just returned last week,” the lady at the whale-watch tour office tells us. Great! We are in!

Two hours later we set “sail” for a whale-watch tour. I lean against the forward rail and check my camera settings by photographing aquatic birds that fly by. It is cold. It is damn cold. Not simply because of the headwind created by the ship, but also because of the rough ocean wind. Together, the resultant winds could turn an entire farmers’ market into a frozen veggies section. But without standing in the gale-like wind, we won’t spot whales. So, I keep watching while a glacier forms under my tearing eyes.

Suddenly a few black and white streaks shoot up in front of us from under the ship. Excitement! Dolphins! Wow! They dash back and forth and through the space just beyond the nose of the boat. About 15 minutes later we see a humpback whale. He wallows in the water at our side, dives, and seems to play. Sometimes we can see his large dorsal fin, sometimes the horizontal tail fins, and at one time he even seems to wave to us with his flipper.

After this amazing and unexpected tour, my boyfriend and I must also wave goodbye. To Iceland. We had two fantastic weeks which were just enough time to drive the whole Ring Road without being in a terrible rush. Iceland may seem small on the map but there is a helluva lot to see. So, take your time if possible!

All in all, in 15 years of traveling, almost no country has impressed and touched me like Iceland. With its colorful and artsy capital city, the raging waterfalls where you can walk so close that you can almost touch them, the surreal basalt formations, the wild volcanic beaches, the rugged craters and canyons, the hissing fumaroles, the crystal blue glaciers, and simply the sheer beauty between fire and ice, mountains, and ocean. A country that unfortunately is one of the most expensive destinations in the world but a country that is so worth saving your money for a while to visit. A country everyone should see and experience at least once in their life.

You can find the first and second part of our Iceland adventure here:

Street Art and a Geyser-Shower: Reykjavik & the Golden Circle—Roadtrip Iceland I 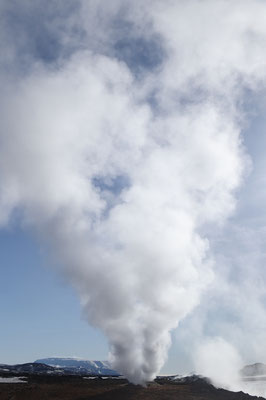 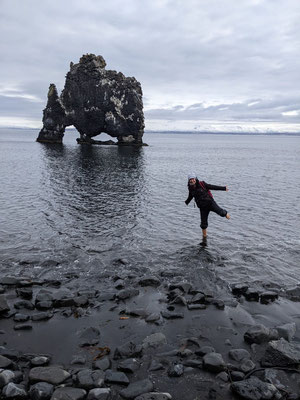 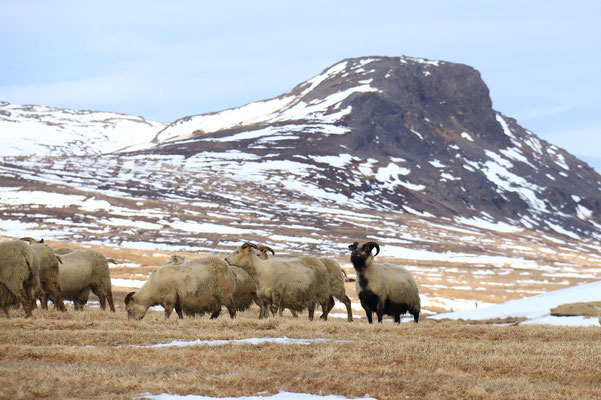 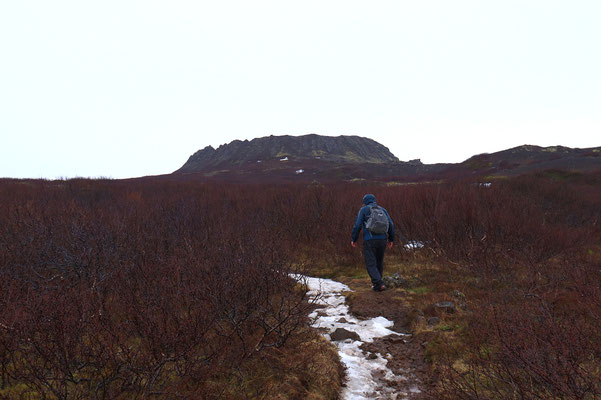