From a Semester Abroad to a Solo Trip across Nepal.

White flowers were rustling next to Maria’s small car while she was unloading a backpack full of clothes. It was March 2016 back then when I met this marvelous woman for the first time. We simply wanted to take some pictures together. “I just want this dress to be photographed before we leave,” she said while she put her hand on her forehead to cover her eyes from the bright sun. “Actually we sell everything because my boyfriend and I are going to live in New Zealand for a while next year.” I nearly dropped my camera. “I’m going to travel the US for some months next year”, I told her. From that moment our pictures became an irrelevant fact.

Today we’re both back in Germany. But Maria’s trip went much further than just to New Zealand. What started as a semester abroad ended up as solo trip across Nepal. Right between colorful fabrics, snow-capped peaks of the Himalayas and great self-awareness.

Abroad in New Zealand: Selling everything and leaving your home behind

“I’ve always been a free bird and had ants in my pants,” Maria tells me. The 30-year-old woman is beaming with curiosity and excitement. “I’d always loved to be on the road in my little car to travel Germany and Europe. Most of the time it were spontaneous trips.” But she had a dream for more than ten years. Going on a long journey around the world. “But I pushed it along for such a long time because I was scared and full of self-doubt.” I instantly have to think of my panic attack when I sat on that plane to New York. On the very first day of my 4-month-solo-trip across the US. I can understand Maria’s feelings very well. There sometimes is an abyss between things we dream about and things we really dare to do. In the movies it always looks so good when the hero is driving down the highway with a smashing song of Pearl Jam in the background. The truth is that you need to pee desperately while the nicest sundown is coming up or your car just gets a flat tire on a Sunday morning in the middle of nowhere. And the truth is that you’re dying twenty mental deaths on top of that.

“Fortunately, I met my boyfriend eight years ago. He had the same travel bug that I have. After we spent some holidays together our plans started to grow: We wanted to study abroad for a year.” It took Maria and her partner Chris a long time to prepare for that. “We let go everything. We sold everything.” She seems to be lost in thoughts for a while. “We were homeless in some way after we even sold our flat. It was a weird feeling.”

At this stage I met Maria for the first time. It was springtime 2016. At the beginning of 2017 she and Chris started off to New Zealand to study abroad. “I studied Maori culture and language. It was awesome but also thoroughgoing.” For the first time Maria was really far away from home and had to live with Chris in a spare room.

From childhood dream to solo adventure

“We even managed it to travel New Zealand from the southernmost city of the world to the Northern island by a camper van in only two weeks. It was breathtaking and unforgettable.” Maria’s eyes are sparkling. “But over the time I got aware that I badly needed to be alone for some time.” Maria found this year to be her chance to test her own limits and fight her deepest fears. “I wanted to live my dream I had for so many years. Alone.” What did Chris say? “We talked a lot and I’m grateful as hell that he supported me in such a great way. He trusted in me much more than I did.” A great thing for a couple that maybe goes back to the fact that Maria and Chris knew each other since they were 20.

They changed their plans and went back to Germany after only half a year instead of staying in New Zealand for a whole year. And Maria started to plan on her great adventure. Two months later she was ready to go. “I tried to use the time in Germany to sort out things in my head, to meditate and meet old friends I hadn’t seen for a long time.” She gets quiet for a short moment. “To say goodbye inwardly.” Some jabs and courage-explosions later (I love that word!) later she started of to Nepal at the beginning of October.

“My first stop was Kathmandu”, Maria tells me. I remember the picture she posted on Instagram back then. It was just some hours after her arrival. An endless staircase was winding down to a chaotic tangle of houses. Colorful prayer flags all around. I remember how happy I was for her that she really finally made it to Nepal. “I worked there as a volunteer for one month”, she describes the first weeks. “I did a photo story, organized a lot and worked educational with orphans.” It was the very first time Maria grappled with Asia. “It jumped in at the deep end. I had a massive culture shock.” The whole month brought her to her limits. To the limits she was looking for. “The noise, the masses of people, the impressions and smells – especially the totally different culture. It was hard for me and I’m still trying to deal with it. But it was the best decision I could ever make.”

After that Maria took off to Melbourne, Australia. She arrived there at the beginning of November. “It’s a city full of art, live, freedom, oceans and nature. When I came there, I started to cry.” She stops talking for a while and her thoughts seem to travel back half-way. “I suddenly felt so free. I knew I did the most important step.” Actually Maria wanted to stay there for some months to work and then go back to Asia again. But then her plans changed again. “While I was in Melbourne, I realized that I’d reached a point I always wanted to reach in my entire life. I found myself. I only had not expected that point to come that early.”

So Maria decided to end her trip and head home again. “In 2017 I experienced and achieved everything I wished for over the past ten years”, she sums up. “Finally I knew what I wanted to do in my future.” So she canceled the rest of her trip and flew back to Germany at the end of November. To go on with her dreams at home.

Maria’s conclusion after one year of traveling and experiences

“Three times summer, no winter at all. Flew 15 times and overcame my fear of flying. Packed a backpack with everything left and learned how to live with only a few things. Came back with several memory cards full of pictures and a diary full of amazing memories. Every experience – no matter if it was good or bad – let me grew and will influence my life forever. I meet wonderful people and saw places I never dared to dream to see. The relationship with Chris is stronger than ever. I changed my point of view towards Germany and my friends. I appreciate the feeling of “being home” much more than before. It’s hard to find words for all this.

“Use your fear, have heart to realize your dreams and be honest to yourself. Be regardful, see the little things and don’t let yourself be bothered by exterior influences. Tears and mistakes belong to a trip like that. Don’t worry if plans are changing. Most of the time it’s the path to awesome unexpected experiences. Don’t forget to write a travel diary!”

Maria isn’t sure yet where her next journey will take her. She is smiling though and seems to be relaxed and excited at the same time. I still can see her eyes sparkling. “I’ll keep my mind open and see what’s happening next”, she simply says. Find more about her adventures on her blog overthetellerrand (German only) and on her Instagram-Account. 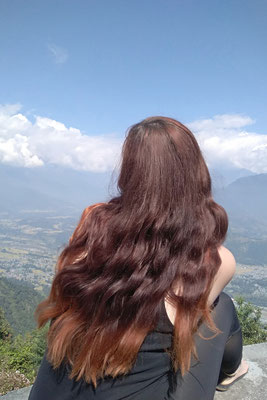 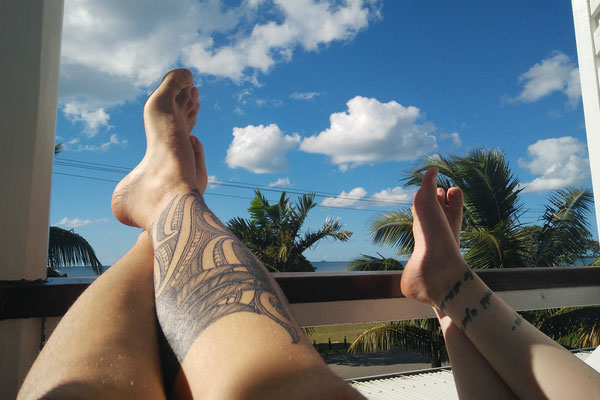 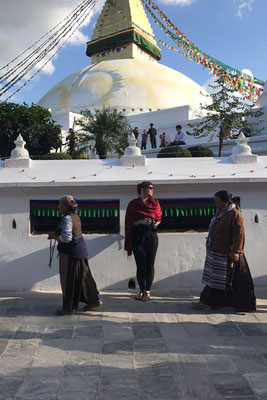 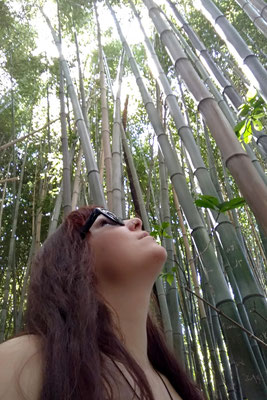 All pictures by © Maria Tischer/overthetellerrand